Ecuador volcano trekking: prepare for your next adventure

Our ancestors, like ancient Greeks and Romans, created stories and legends to explain themself natural phenomena. In Ecuador, the mountains and volcanoes were believed to be ancient spirits that controlled the weather, caused earthquakes, volcano eruptions, landslides, and other natural disasters. These deities explode in anger, cover up high peaks with snow, or wrap a mountain in gloomy fog because they are unhappy with the people who live in its surroundings or between them. If you were not looking for Ecuador volcano trekking, after reading this review, you will be. 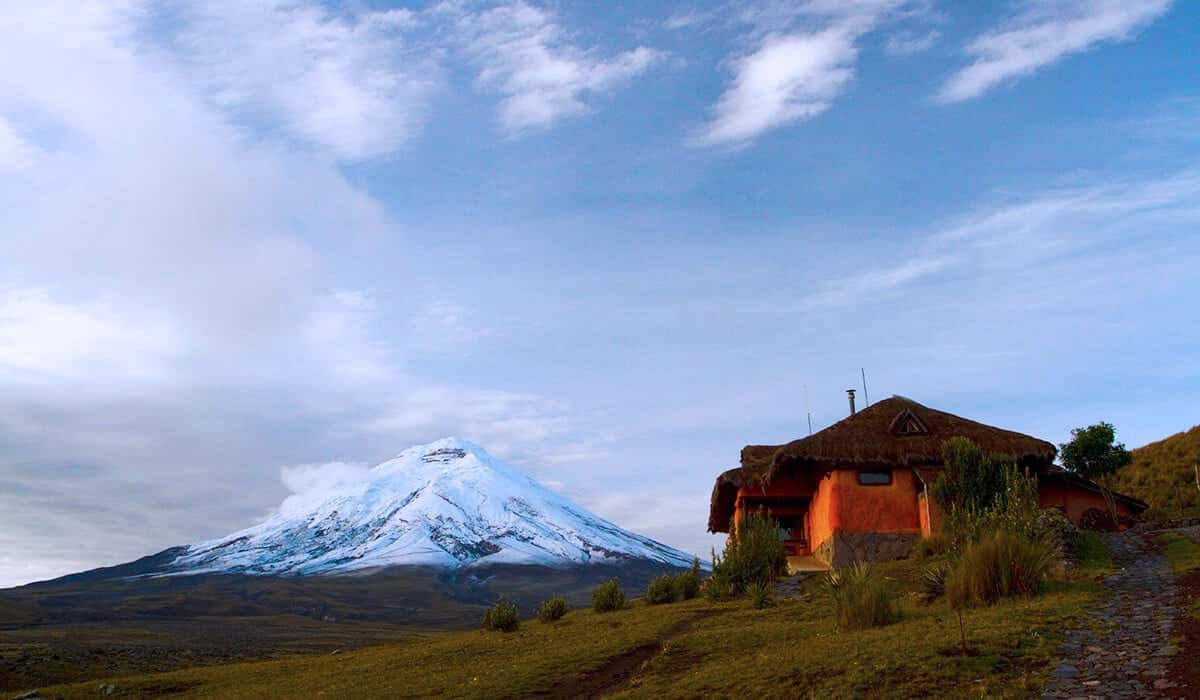 While trekking the Andes you will encounter yourself with wonderful volcanoes such as Cotopaxi, Chimborazo, Tungurahua, Guagua Pichincha, Altar, Imbabura, Cotacachi, to name a few. Each and every one of these volcanoes will captivate you with their beauty and fascinating stories.

Legend says Taita Chimborazo and a much younger Cotopaxi battled, for many years, to win Mama Tungurahua’s love. At the end Taita Chimborazo prevailed, proving his strength, and married the beautiful Tungurahua. Before moving along with this fascinating story let us update you on the meaning of the Quichua´s word Taita and Mama. Taita meaning father and Mama meaning mother, with that in mind let’s continue. This marriage was not a happy one as a result of Taita´s infidelities. In revenge, Mama Tungurahua started flirting and seeing El Altar, another volcano,  behind his grooms´s back. When Taita Chimborazo found out about his wife’s unfaithfulness, all hell broke loose.

A very angry Chimborazo fought and beat up his bride´s lover. El Altar was seriously injured and reduced in size. It is believed that at the moment of the sizzling affair El Altar was Ecuador’s highest mountain with 7500 meters high and after this bloody brawl it was reduced to 5320 meters. Taita Chimborazo became the highest mountain, with 6300 meters altitude, and the most powerful deity in the region. He will remain with Mama Tungurahua’s love but he will never forget his partner’s disloyalty.

Years passed by, and the marriage was blessed with a baby called Guagua Pichincha. Guagua is the Quichua word for baby. Chimborazo, still holding a grudge, punished his bride by sending the baby further away to safeguard the city of Quito. This broke Mama Tungurahua’s heart, and the legend says that when the baby cries, the mother always answers. There have been moments when both volcanoes are active at the same time, therefore supporting the myth.

Cotopaxi is the lonesome warrior which once put on a fight for the beautiful Tungurahua. Sadly he lost in an epic battle against Taita Chimborazo and stepped back as a true gentleman. Many say that Cotopaxi´s actual shape can be seen as a headless neck wearing a white poncho. Deriving from this, Cotopaxi means “neck of the moon.” Some studies may imply that the name comes from the Quichua word “cutu” meaning neck, and the Aymara word “pachi” which means moon. Its last eruption dates back to 1880, and in 2015 became active again alerting the whole country.
Another interesting fact about Cotopaxi Volcano is that it sits right next to a Super Volcano like Yellowstone, El Chalupas. The Cotopaxi National Park offers many trekking trails for you to explore. If you ever decide to visit the park make sure to look up to the mountain top and try to identify the headless neck with the white poncho. Also, remember you are walking over an active volcano with all its power suppressed beneath the surface.

Chimborazo, best known as Taita Chimborazo is the tallest mountain in Ecuador. According to ancient stories it is the strongest and most fearsome deity of all of them. Taita prevailed in all the battles in order to win Mama Tungurahua’s hand in marriage. Chimborazo means “the snow at the other side.” The name comes from two Quichua words; “chimba” meaning other side, and “razu” which means snow. Its last eruption dates back to the fifth century A.C. and currently remains inactive.

The giant Chimborazo´s summit, 6310 meters above sea level, is the closest point to the sun from our planet. It is the highest mountain in the world when measured from the center of the Earth. If you ever decide to visit Taita Chimborazo make sure to complete the hike from the control to the refuge. During this mystical adventure keep in mind you are walking over the most fearsome deity in Ecuador, the toughest lover of them all.

Unlike the other two volcanoes described above, Pichincha does not have Quichua roots. The Pichinchas is a towering set of two volcanoes, Rucu and Guagua, which safeguard Quito. Guagua is the tallest volcano with 4794 meters above sea level. Its last eruption dates back to 1660, and in 1999 became active again. October 7th, 1999, Quito woke up to a scaring, 12 km high-up mushroom made of ashes in the sky after a mini eruption took place. Hours later the capital was covered in 3 centimeters of ashes. At the moment, the volcano remains little activity.

If you are adventurous enough and want to visit an active volcano close up, the trekking Guagua Pichincha is for you. You can arrive in the refuge by car through the little town of Lloa. Before embarking on this adventure try to assure a clear sky, otherwise you will not be able to see the crater and the fumaroles. Hiking down to the crater is prohibited. Instead, hike up to the summit and enjoy the view of Quito’s southern neighborhoods and the volcanoes avenue.

El Altar is a Spanish name and is the most common when referring to this extinct volcano. Our ancestors used to call it Kapak Urku which means “Lord of the mountains.” As we mentioned before, the legend says it was Mama Tungurahua’s lover, and lost an epic fight with her husband, Taita Chimborazo.

Presumably, it was once one of the tallest mountains on the planet until a giant eruption destroyed its summit over 500 years ago. The legend makes reference to this tremendous eruption where the volcano ended up completely destroyed. This destruction created its famous cathedral altar shape of 9 peaks around a crater lake. El Altar is an extinct volcano surrounded by lagoons, waterfalls and lakes.

There are two trekking trails you can experience to El Altar. The first one is an overnight trekking to the “yellow lagoon” in the middle of the extinct volcano. The second one is a magnificent three day trekking that takes you to the green valleys and mountainous terrain full of waterfalls and multicoloured lagoons. Explore the trekking that best fits your fitness and itinerary, and appreciate the incredible beauty of a fallen warrior.

Choosing one of these trekking pats will cherish Ecuadorian ancestors’ legacy, and keep these stories alive. In your next Ecuador volcano trekking make an effort to have each of these ancient legends in mind, this way you could have a more memorable adventure.