Ecuador facts that you may not know

Apart from learning indecent phrases in a new language, I really enjoy memorizing lesser-known facts about the country I’m visiting. Here are a few Ecuador facts that might make you say, “Hm!”, or “Hmmmm…”, or “Nuh uh!”. 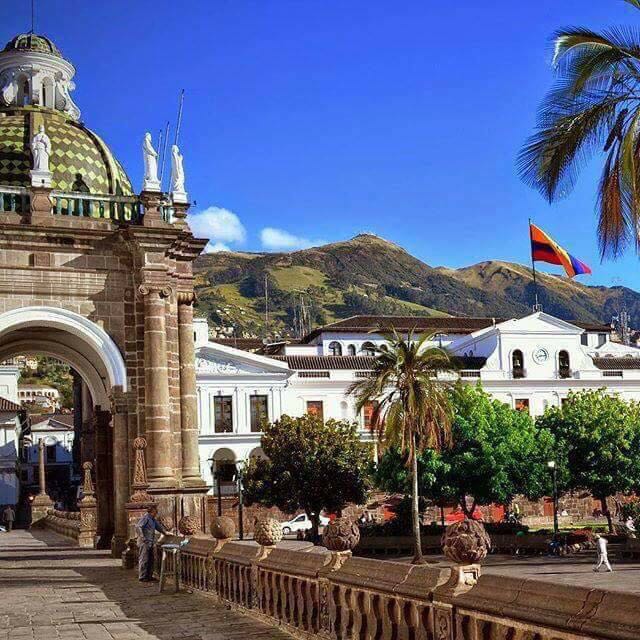 Let’s kick off our Ecuador facts list with a few historical facts.

Ecuadorians have a knack for kicking their presidents out of office. I have to say, it’s admirable to see an entire population rise up and confront corruption and political measures they don’t agree with.

Since 1997, three presidents have been expelled from their positions, including Abdalá Bucaram, Jamil Mahuad and Lucio Guitérrez.

If you’re having trouble remembering some of Quito’s streets, memorizing a bit of history might help. The three main avenues running between the South and North of the city are useful to learn, especially since they also run parallel to each other.

Nature has constitutional rights in Ecuador

In 2008, the Ecuadorian government drafted a constitution that recognizes nature’s rights, making Ecuador the first country ever to do so. What does this mean? Instead of treating nature as property, it’s recognized for its “right to exist, persist, maintain and regenerate its vital cycles.” Sounds nice but…what does that look like in practice (Yes, I’m a cynic.)?

I’m not sure if everyone would consider the following to be “fun”, but here are a few more Ecuador facts.

The Middle of the World isn’t precisely in the middle.

(This is actually my favorite Ecuador fact.)
You’ve probably heard about an important monument in the north of Quito called la Mitad del Mundo (Middle of the World). It’s a popular day trip for visitors that want to balance an egg on latitude 0° and watch as a toilet is flushed to see in which direction the water drains. Super fascinating.

Alas, it’s all a hoax…kind of. This location, also the site of a beautiful (and probably pricey) marble monument was thought to be on the equator until more recent calculations established that the equator is actually found about 240 meters north. Whoops, hehe!

Most people think the area just west of Quito that drops down toward the coast is the country’s only cloud forest region. In this area, you’ll find Mindo, a popular day trip destination from Quito, as well as Mashpi.

However, unbeknownst to many visitors, cloud forests, technically called pre-montane/subtropical rainforests, are found between 900 meters and 2,500 meters above sea level. In Ecuador, there are two regions of the country that fit this description.

Dawn and dusk at 6 o’clock

Due to its location on the equator, Ecuador’s sun rises and sets at 6 o’clock every day, throughout the year. You’ll never be disappointed, that is, unless you like summer evenings that last till 11 pm. Those don’t exist in Ecuador. EVER.

You’ve probably never thought about this but, because the Earth swells at the equator, the tallest mountain along the equator, which happens to be Ecuador’s Mt. Chimborazo, is 1.5 miles higher than Mount Everest. It reaches 5,263 meters (20,548 feet).

Interesting facts about our culture and people

We can’t write a blog about Ecuador facts without a culture and people category!

Ecuador is a diverse country with numerous ethnicities and languages. Though mestizos  comprise the majority of Ecuadorians, you’ll also find a large population of montubios (aboriginal mestizo group) from the Ecuadorian coast. Following these two groups is the afro-Ecuadorian population and indigenous groups, each comprising 7% of the entire population. Finally, there are also white Ecuadorians who are ancestors of Spanish colonizers and comprise 6% of the total population.

Though Spanish is the most widely spoken language in Ecuador, you’ll find many populations (mainly indigenous) speaking Quechua and Shuar. Depending on the region you’re looking at (Andes versus Amazon), you’ll hear different dialects of these languages. Other languages in the country include: Cofán, Siona, Secoya, Waorani, Achuar-Shiwiar, and Tsafiqui. Nearly 2.5 million people in Ecuador speak these languages.

Here’s another Ecuador fact that cracks me up.

Despite its name, the Panama Hat actually comes from Ecuador. It was only attributed to the Central American country because a number of Ecuadorian hat makers migrated to Panama, where they could sell their hats at greater volume.

Other names for this hat are the toquilla straw hats or Montecristi hats. Montecrisiti happens to be a town on the Ecuadorian coast and home of the first “Panama” Hat makers. To this day, families from this town and general area hand make high-quality hats from toquilla straw, carrying the tradition down from generation to generation.

If you’re fortunate enough to travel to Ecuador’s northwestern coastal region, you’ll notice that there is a majority population of afro-Ecuadorians. This population can be directly traced to African slaves that were brought to these shores by Spanish colonists in the early 16th century.

Apparently, a slave boat headed to Peru was stranded off the Ecuadorian coast. The slaves managed to escape and settled in the area, later moving to other parts of the country. Today, the largest afro-Ecuadorian populations can be found in Esmeraldas, Valle de Chota and the largest cities: Quito and Guayaquil. 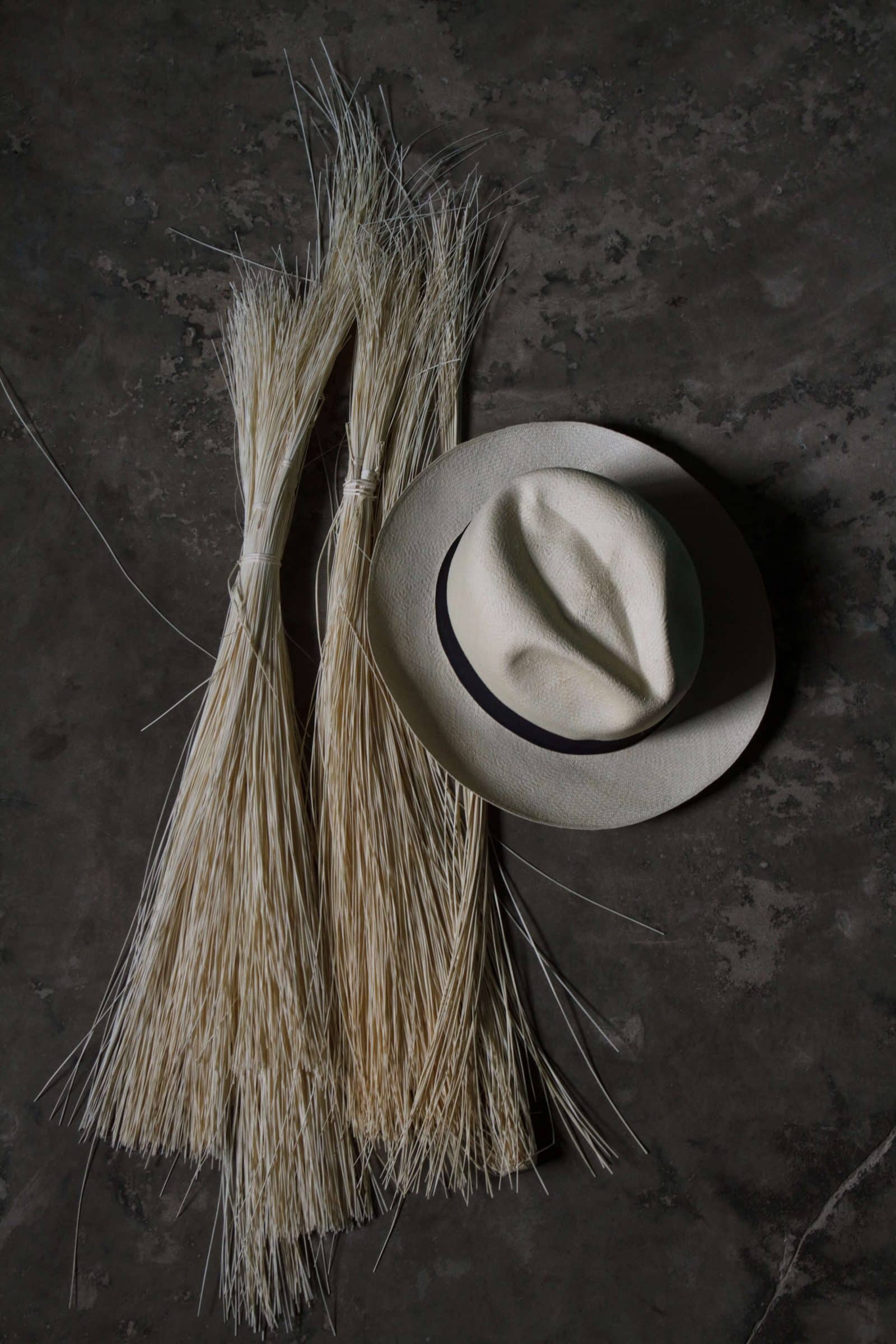 If you liked these Ecuador facts, expect to hear more while riding the Wanderbus with one of our numerous passes. Remember that our passes include all activities, including cacao experiences, visits into national parks, paddling down the Amazon, thermal springs and more!

Our passes are essentially carefully crafted itineraries to all the best locations across the country. As travelers ourselves, we appreciate the importance of flexibility while traveling. For that reason, along with your pass, you can decide to spend extra time at your favorite spots along the way.