10 of our most important Ecuador traditions

While you’re in Ecuador, we recommend learning more about local traditions. As you travel through Ecuador, you’ll likely be amazed at its natural biodiversity. Similarly, the country boasts a diversity among its people and culture. Most people travel to Ecuador to see and experience flora and fauna they might otherwise never see, not realizing how unique the culture is here. To give you a head start, here are 10 of our most important Ecuador traditions. 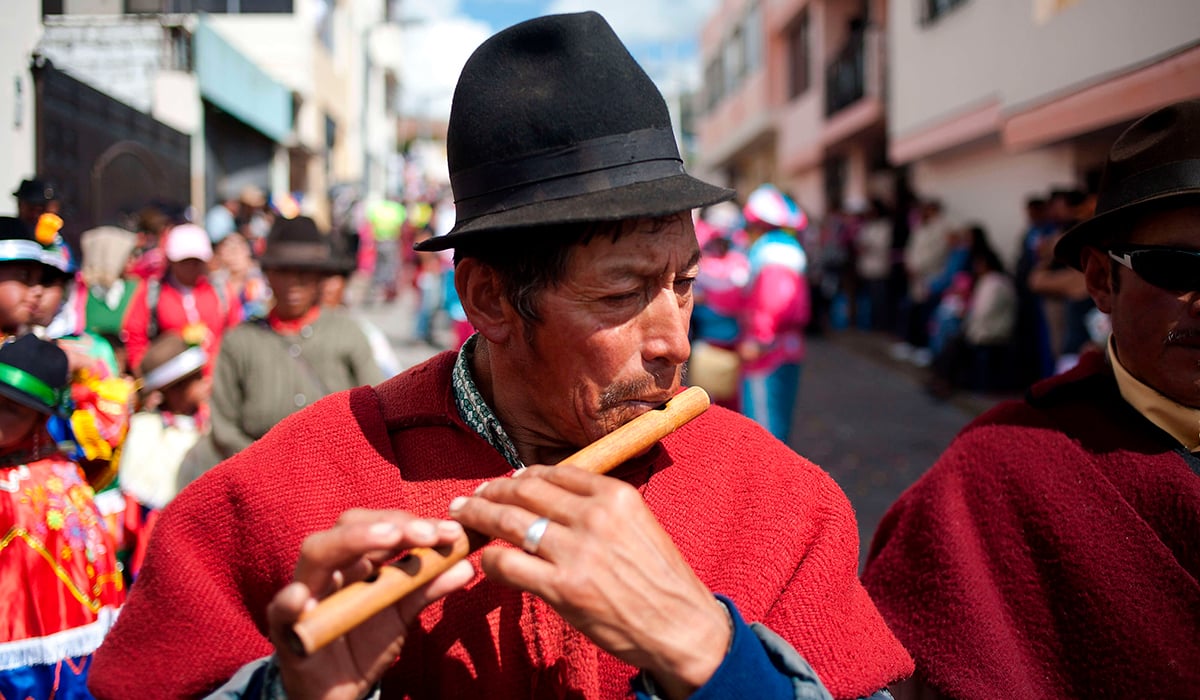 Ecuador traditions, an important part of our heritage

Across the 283,560 km² (109,483 sq mi) that make up the country, you’ll find an array of people and cultures. Apart from the majority mestizo population, there are indigenous populations scattered throughout the country. In fact, there are 14 different indigenous peoples in Ecuador. Among them are the: Kichwa, Tsáchila, Shuar, Cofán, Siona, Waorani, Chachi, Epera, Secoya, Awa, Achuar, Shiwiar, Zápara, Andoa and Afro-Ecuadorians.

Though Spanish is the official language in Ecuador, it is not the native language of most indigenous people. Across the indigenous populations you’ll find languages like Wao, Kichwa Shuar, which predominate in the Amazon region, and different dialects of Quechua, found in the Ecuadorian highlands.

10 holiday traditions to embrace in Ecuador

Here are some of the most popular Ecuador holiday traditions, some of which you might be able to experience yourself, depending on when you visit.

Inti Raymi is a Kichwa word that translates into “Sun Festival”, in Spanish. It’s celebrated in the Andes to honor the Incan Sun God, Inti. This occurs on June 21st of every year, which coincides with the annual solstice, when the sun appears to reach its highest point.

Inti Raymi is a festival that is directly related to the end of the harvest season and, to this day, is recognized country-wide. For the festivities, crops like corn, beans, and potatoes are shared and a traditional corn-based beverage called chicha is distributed.

Along with celebrating the Incan Sun God, Inti, many people also observe and give thanks to Mother Earth, called Pachamama in Kchwa.

If you get a chance to attend an Inti Raymi celebration, go! It is often very lively, beautifully decorated, and you’ll likely eat a lot of good food, remembering how plentiful the Earth is and our role in protecting it.

Though Día de los Muertos is usually associated with Mexican skulls, it is a holiday tradition in Ecuador as well, which takes place during the first few days of November.

The belief is that, on this day, the souls of those that have passed return to the living world to visit family members.
While, for many people, this simply implies a visit to a family member’s grave, many people celebrate this day with their family, preparing delicious food in honor of the deceased so that they may continue along their way in the world of the spirits.

You’ll find many people preparing Colada Morada, a traditional beverage made of cornflower, cinnamon, and berries (among other ingredients!).

This holiday tradition mainly takes place in the Andes, and the festivities in Cuenca have gained national recognition. It is a Catholic tradition, introduced by the Spanish and takes place 60 days after the resurrection of Christ. However, like other traditions in Ecuador, it is mixed with indigenous beliefs and the days around Corpus Christi are also an opportunity to thank Pachamama (Mother Earth) and Inti (Incan Sun God), as in the Inti Raymi festival.

During Corpus Christi, and especially in Cuenca, you’ll get to try many different national sweets and pastries. This tradition originates in the convents and, later, the general population also began practicing it.

Semana Santa is quite an eventful holiday, especially in Quito, the capital. It takes place in the second week of April and throughout that week, parades and festivities are planned.

One thing you definitely can’t miss during Semana Santa is fanesca, a traditional dish only prepared during this time of the year. It’s made up of 12 different ingredients that supposedly represent the 12 apostles, including peas, habas, peanuts, corn, squash, and melloco. Every recipe is different, but keep in mind that this is a heavy meal and may cause indigestion (that’s putting it nicely) to some!

One of the most popular parades during Semana Santa is called la Procesión de Jesús del Gran Poder which involves an entire procession of people in purple KKK-looking cloaks recreating the journey that Jesus Christ took to the cross. It’s spooky, to say the least (but also holy to many)!

This translates loosely to the Devil’s Party of Píllaro. I know what you’re thinking, and I’m not sure what to tell you. Actually, there’s a cool story behind this one.

The celebration takes place in a town called Píllaro in the north of the Tungurahua province (also the province where Baños is located). It takes place between the 1st and 6th of January and consists of many people dressed up as the devil and other characters. There’s a lot of drinking, dancing, and music!

The origins of this festival date back to colonial times and represent the indigenous and mestizo rebellion against Catholicism, which was introduced by Spanish colonizers.

If you’re looking to experience some good old colorful madness, head to the Diablada de Píllaro.

Carnaval is a completely non-religious event celebrated across Latin America, and a great excuse to party before Holy Week. It takes place between February and March, though dates tend to vary.

During Carnaval, you’ll get to experience parades and events, displaying colorful costumes and lively music. The town of Guaranda (4 hours from Quito) is particularly festive during this holiday and draws visitors nationwide for a long weekend of eating, drinking and dancing.

During Carnaval, expect to be doused with water, foam and flour, and likely offered a lot of aguardiente (local alcohol made from sugarcane and flavored with aniseed). If you’re worried about your camara gar getting damaged, don’t bring it along!

New Year is fun almost anywhere in the world. In Ecuador, there are some entertaining traditions you’ll surely appreciate.

First of all, bonfires are made on almost every corner and are usually placed in the middle of the road. (Keep this in mind if you plan on traveling or moving around a city.) Neighbors and families gather and take turns jumping over the bonfire while drinking and eating.

Prior to the party, families make el Año Viejo, which translates to the old year, but literally takes the form of a scarecrow-like figure stuffed with hay and dressed to look like a man (or whatever character you want to portray). The Año Viejo represents the things we each will leave behind with the past year. Around midnight, the Año Viejo is tossed into the bonfire!

Another fascinating tradition involves men dressing up as widows, blocking streets and asking for money to each passer-by. This tradition has various explanations. One is that it originated after an epidemic of yellow fever, brought by the Spaniards, which decimated populations. Another belief is that it is the widow of the Año Viejo that is about to get burned.

Before New Year’s, you’ll see many of these scare-crow like dolls along the roads and sold for a few dollars. Souvenir idea?

Whatever you decide to do on your journey through Ecuador, we hope you can participate in some of the local traditions and celebrations! 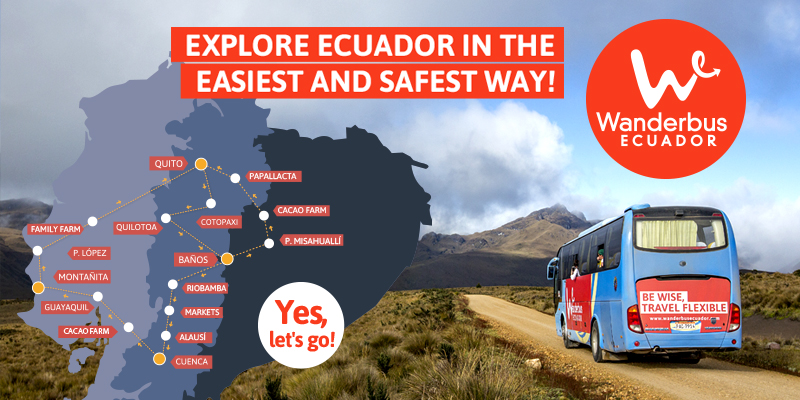 Read More »
PrevPreviousQuito Ecuador weather, how to make the most of your holiday
NextWhy you should take a solo travel tour in EcuadorNext