Many travelers that fly into Quito don’t realize that there are a number of incredible destinations only a few hours from the city that you can easily plan to visit on your own. One of these is Quilotoa Crater – an astonishingly beautiful water-filled caldera formed from a volcano eruption nearly 1,000 years ago. You’ll probably see dozens of panoramas of Quilotoa before you arrive to Ecuador (there’s even one in the airport), but there’s nothing like visiting the spot yourself. Here are a few tips to organize your own Quilotoa tour from Quito. 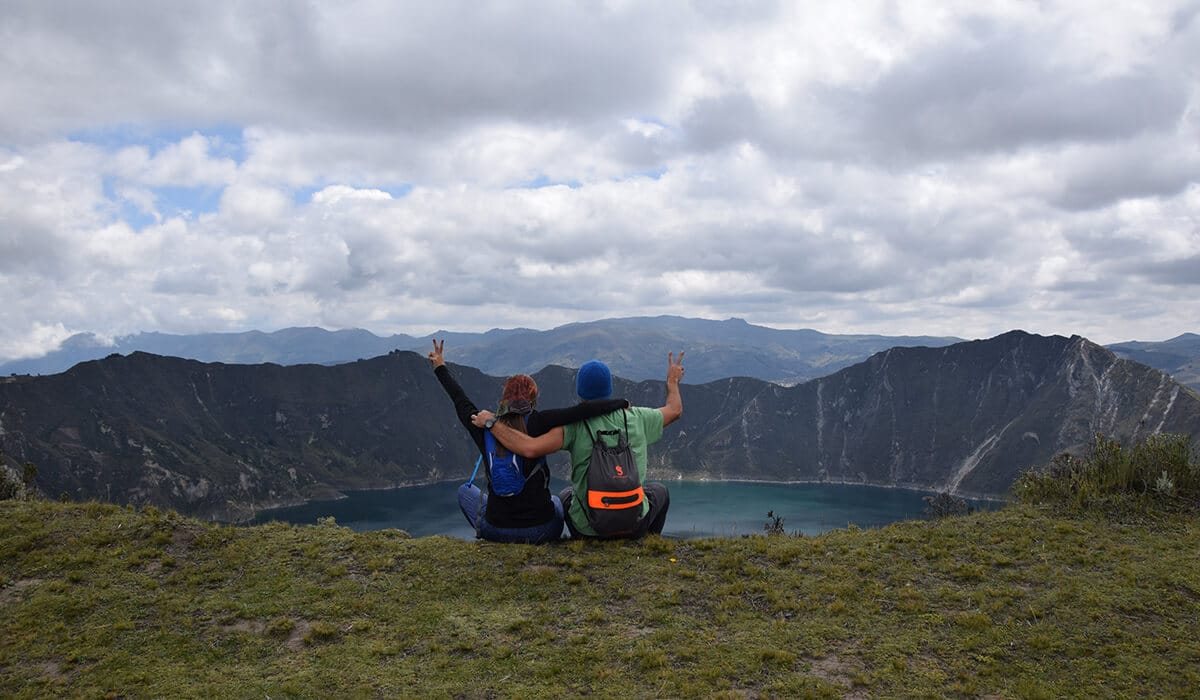 Only a 3-hour drive from Quito is one of my favorite spots in Ecuador, Quilotoa Crater. The view from the lip of the crater is impossible not to appreciate, rain or shine. As you stand there, you’re literally looking into the remains of a volcano eruption, now filled with frigid, crystalline water. The dramatic drop from the crater rim makes you feel like you’re on the edge of the world and, on a clear day, you’ll see other majestic peaks on the horizon.

Apart from the panos and selfies you will surely take, here are a few additional activities to do on your Quilotoa tour.

Don’t be fooled, the hike around the entire Quilotoa Crater rim isn’t as easy as it looks! It takes about 4-5 hours to complete and has a few narrow sections where you should take it slow. Try to leave early in the morning for the best views and bring PLENTY of sunscreen, a hat, sun glasses and water.

Hike down into Quilotoa Crater and right up to the lake. Maybe lather yourself in some Quilotoa mud while you’re at it (my sister vows that it healed her rash) and then rent a kayak (only $3 per person an hour) and paddle around Quilotoa Crater Lake. If you’re too tired to hike back up to the rim of the crater, you can always have a donkey to take you up, but I did that once and felt really bad for the donkey.

Note: It can get chilly out on the lake! Make sure to bring warm, waterproof clothing.

The Quilotoa Loop passes through a few of the towns in the area, including Quilotoa itself. It can be competed in 2 – 5 days, depending on your pace. The most popular route starts in Quilotoa, then goes to Chugchilán, Isinlivi and ends in Sigchos.

Pretty much anyone can do the Quilotoa Loop because you don’t need any gear. Every night, you’ll be stopping through a town where you can find a decent hostel and food to eat – what more could you ask for?

Horseback ride from Chugchilán to the crater

Chugchilán is about 45 minutes from Quilotoa Crater and a good spot to stay the night if you don’t feel like making the trip back to Quito the same day. There are a couple of good hostels in town, including a personal favorite, the Black Sheep Inn.

If you haven’t yet stopped by Quilotoa Crater, from Chugchilán you should consider taking a scenic horseback ride there! 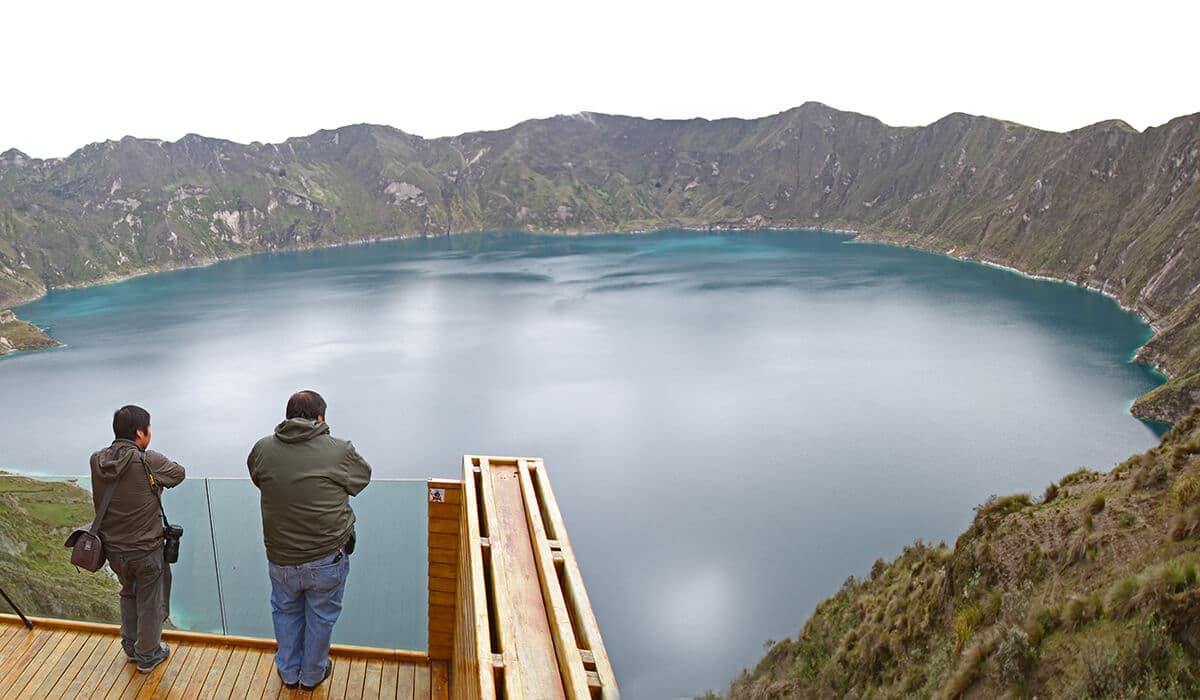 Quito, the best starting point for your Quilotoa tour

Day trips to Quilotoa are regularly made from Quito or Baños. Quito is your best starting point because it’s easier to find transport from there heading in the direction to Quilotoa. Also, if you want to see more in the same amount of time, you can stop through Cotopaxi on your way down, which is a common route on the Wanderbus.

Please note that a Quilotoa tour from Quito in one day is a long day. If you only have one day left on your itinerary, this trip is absolutely worth it (especially when combined with Cotopaxi), but expect to get home exhausted! 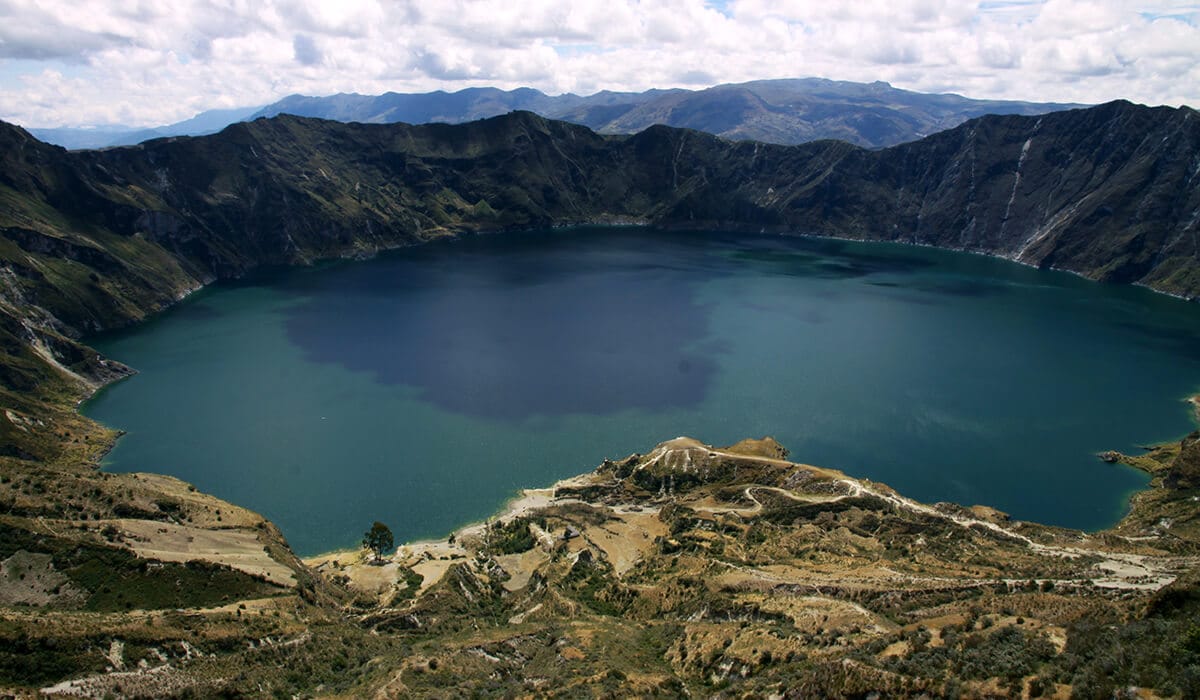 How to go from Quito to Quilotoa?

You can get from Quito to Quilotoa by regular bus, the Wanderbus, car rental, or a private tour. We’ll cover buses below.

Important: LEAVE EARLY if you want to do this in a day. 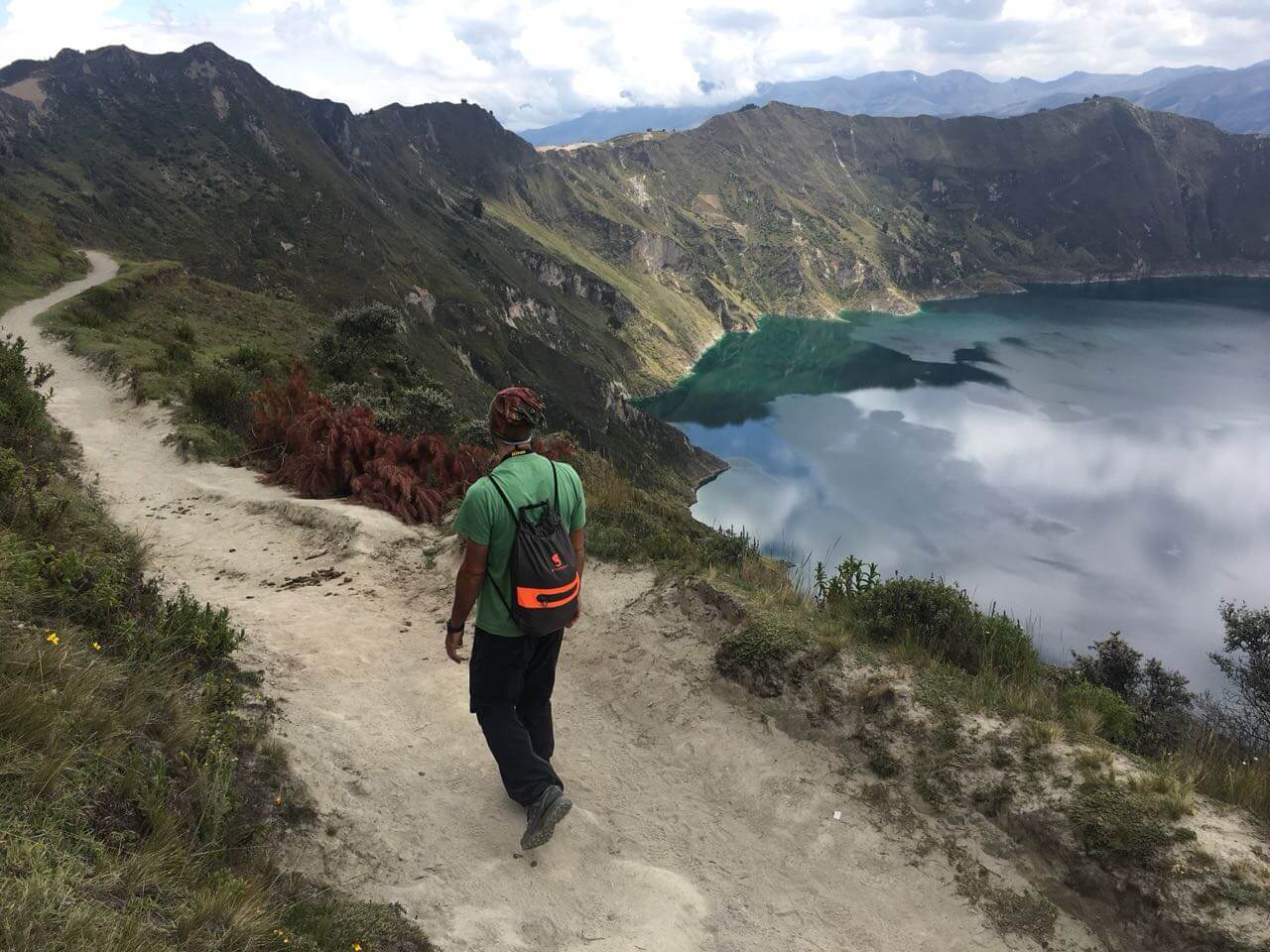 What to do next?

If you really like the area, consider doing the Quilotoa Loop, mentioned earlier, but if you’re ready to move on, I would recommend going to either Cotopaxi National Park (if you haven’t gone there already) or Ecuador’s “adventure capital,” Baños.

For something completely different and off the beaten track, head southwest towards to Coast to explore Siete Cascadas, known for its numerous beautiful waterfalls. 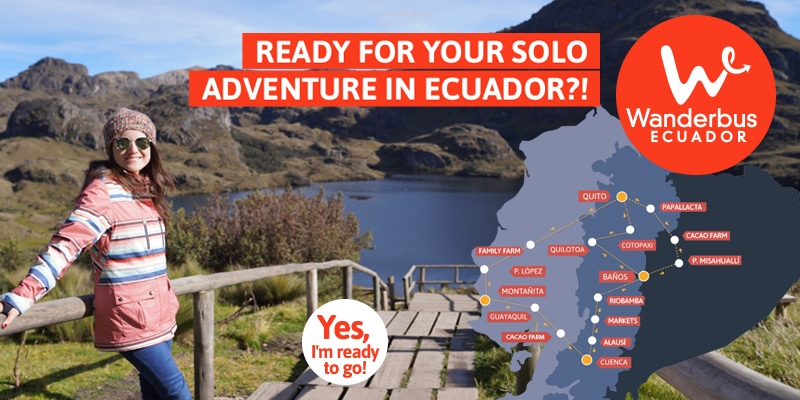 From Quito, the Wanderbus has a few passes, including the Jacamar Pass, that will take you to Cotopaxi National Park and Quilotoa Lake in one day, ending in Baños. This is normally a tricky combination because of time constraints, especially since regular buses won’t take you into National Parks.

Remember that with the Wanderbus, you can travel flexibly and choose to hop on and off at your preferred destinations. Our buses are well-maintained, pick you up from convenient locations in Quito, and provide a bilingual guide on every leg of the journey.