Experiences in Ecuador: From the Pacific Coast to the Jungles of the Rainforest

One of the reasons Ecuador has become an increasingly popular destination is because it offers a wide range of options. As a traveler, you’ll have so many rich and diverse experiences in Ecuador, it’s almost as if you’re visiting multiple countries in one go. Here are a few activities you should consider adding to your trip itinerary.

Los Frailes is considered one of, if not the, most beautiful beach on Ecuador’s mainland (Galápagos beaches are in a category of their own).

Los Frailes is found within Machalilla National Park in the Manabí Province. Technically an inlet, Los Frailes is a protected, pristine coral-sand beach. The surrounding terrain consists of native dry forest and shrubs, and visitors can explore other nearby beaches as well as a lookout point by following designated hiking trails. Other nearby beaches are Playa Tortuguita, Playa Prieta, and Playa Coral.

Surfing and Kitesurfing on the Pacific Coast

For the salt-water adrenaline junkies among you, a few beaches along the Ecuadorian Coast provide top-notch conditions for surfing and kite surfing.

Picturesque Montañita beach should definitely be on your radar if you’re chasing the waves. Though it has developed somewhat of a reputation for its beach party scene, the main draw of Montañita is its inviting waves, which can range from 3–6.5 ft (1–2 m) in height. Alternatively, two other beaches, Ayampe and Puerto Cayo have excellent surfing. The setting is less crowded—perfect for fans of tranquil experiences in nature.

Do you prefer kitesurfing? Check out Santa Marianita beach near the city of Manta, where you’ll also have access to surfing and paddleboarding. The best season for kitesurfing here is between May and January.

Foods You Must Try: Our Staff Picks

Sampling local cuisine may be one of your most satisfying experiences in Ecuador if you know what to look for! Here’s a shortlist of our staff favorites:

Ceviche – Though more popular and fresh along the Ecuadorian Coast, you can find ceviche pretty much anywhere in Ecuador. It’s typically made with seafood (shrimp, fish, octopus, squid) that has been “cooked” in lime juice and is served with onions and plantain chips. If you want to try ceviche but are vegetarian, ask for a ceviche de palmito (heart of palm). Also, there are different regional styles of ceviche; some include peanut, others feature bits of tropical fruit, like mango.

Hornado – If oven-roasted pork, deliciously seasoned with garlic, cumin, and beer, served with fried potato patties sounds appealing, hornado may be just the meal you’re looking for! This dish is most popular in the Ecuadorian Andes or Sierra region. It often comes with fried plantain, corn, and salad. Look for some fresh hornado at your nearest popular market (mercado central). 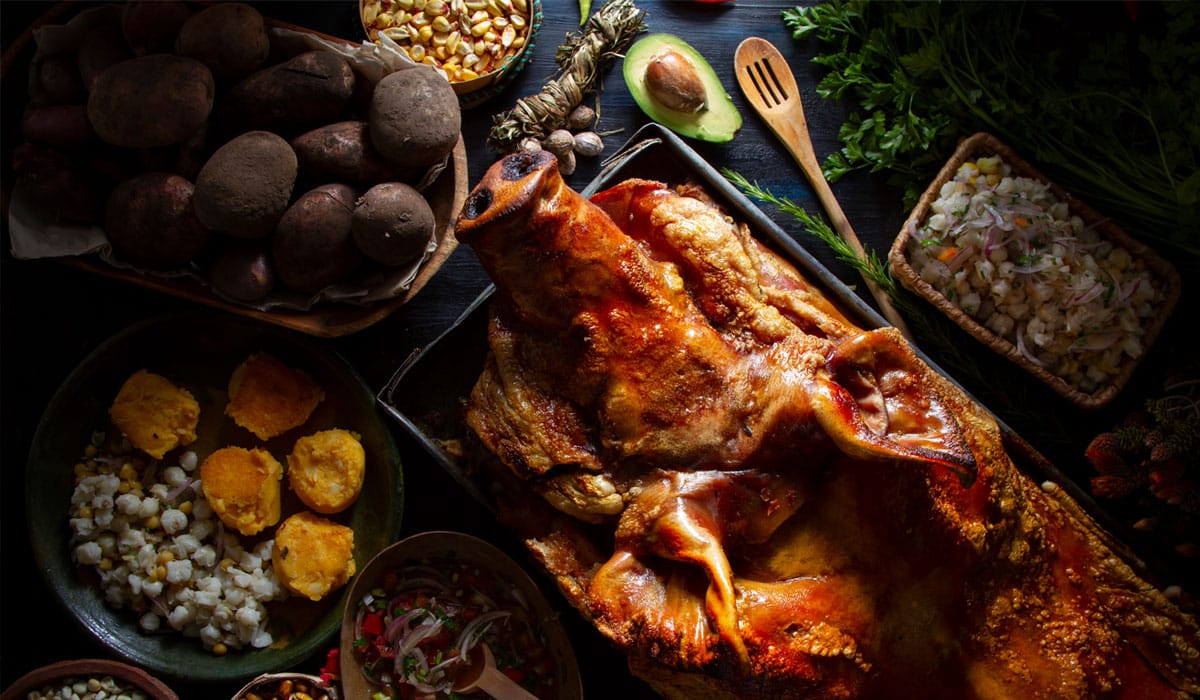 Encocado – A personal favorite, encocado comes from the coastal province of Esmeraldas and literally translates to “cooked in coconut”. This savory dish is similar to curry and is usually made with fish, prawns, lobster, or shrimp. It is typically accompanied by a side of rice and patacones (fried plantain patties).

Helado de paila – This tasty dessert’s traditional preparation originates in the Ibarra Province. It involves a large bronze pan that is continuously spun on a base of straw, salt, and ice (originally extracted from nearby glaciers). The same traditional approach (minus the glacier-sourced ice) is practiced to this today in some ice-cream stores.

Birdwatching (also known as birding) experiences in Ecuador are frequently sought after by travelers for good reason: Ecuador takes bird biodiversity to the next level and is recognized as the country with the fourth-highest level diversity of bird species, globally!

On the Ecuadorian mainland, you’ll find different bird species depending on the region you explore. For instance, the coastal, cloud forest (between the Andes and the coast), Sierra or highlands region, and Amazon regions.

Heading towards the Amazon, you’ll find the tropical town of Cosanga, followed by Tena, and, for those of you wishing to venture deeper into the rainforest, Yasuní National Park. Within this region, a little further south, you’ll find the Province of Pastaza, which is quickly becoming one of the most inviting spots for birding. 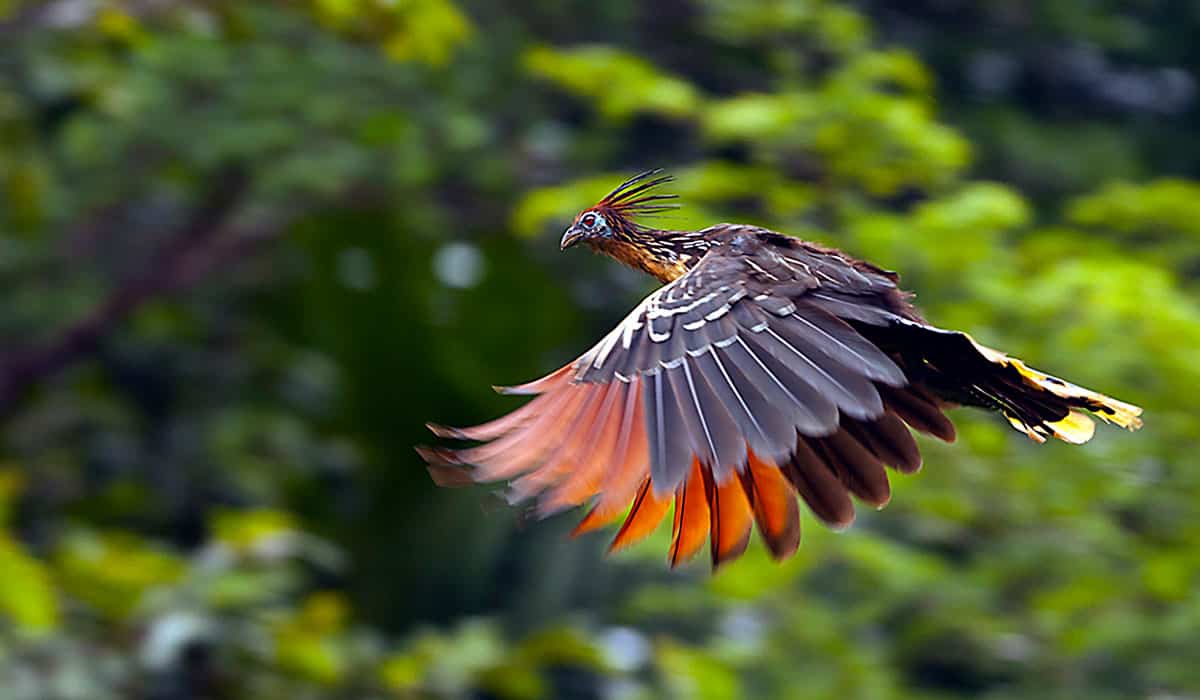 On the Galapagos Islands, you’ll encounter completely different bird species, including the celebrated blue-footed boobies, great and magnificent frigatebirds, the Galápagos Albatross, and Darwin’s finches, among many others.

Quilotoa and Cotopaxi: Should you do a one- or two-day tour?

Short Answer: Yes. However, your travel experiences in Ecuador will be far richer if you spend more than just a few hours at breathtaking locations like Quilotoa and Cotopaxi.

Each one of these destinations easily merits two to four days of exploration doing activities like camping, hiking, horseback riding, and even kayaking (in Quilotoa’s crater lake). 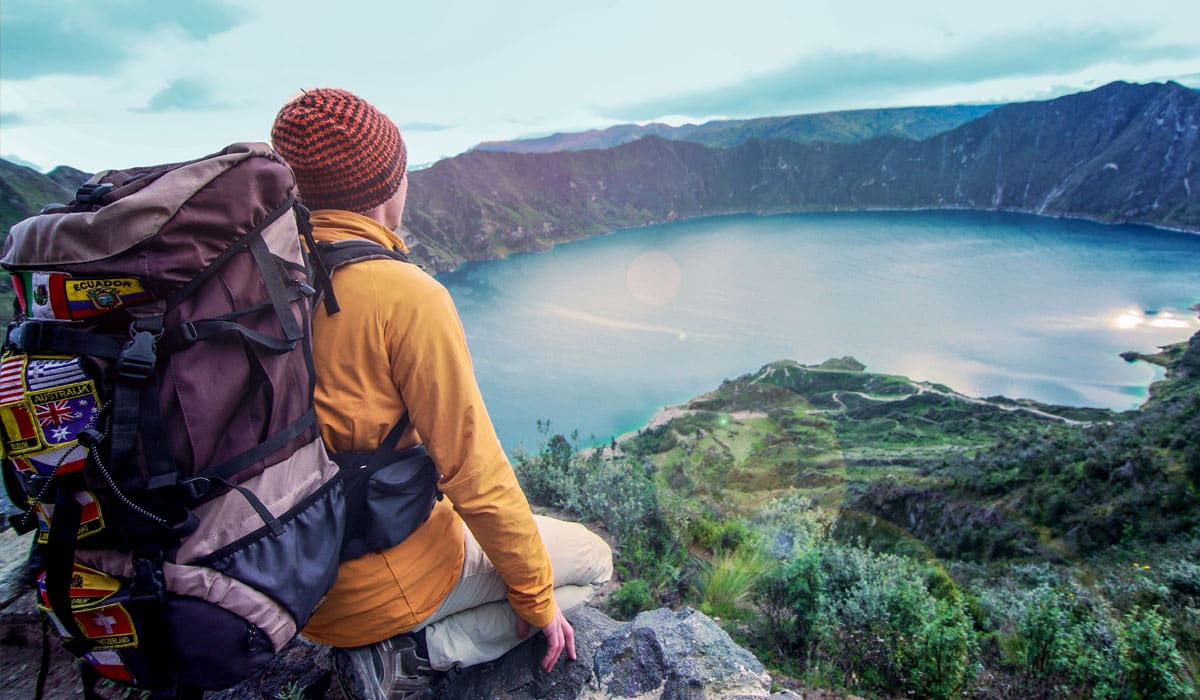 That said, if you’re short on time, it is possible to squeeze both Quilotoa and Cotopaxi into a one- or two-day tour. From Quito, starting early, head south on the E35 along the Pan-American Highway to Cotopaxi (around 1.5–2.5 hours depending on traffic) and explore a few of its main sights, which include: Limpiopungo Lake, José Rivas Refuge, Santo Domingo Lake, and the Rumiñahui volcano summit.

Spend the night at Tambopaxi Lodge, located within the park, and head southwest to Quilotoa early the next day. By road, this can take around 2–3 hours. At Quilotoa you can hike down to the lagoon inside this massive crater, which takes about 20–30 minutes. The steep climb back up to the lip of the crater can take twice as long. Alternatively, you can hike around the crater’s rim, which takes 5–7 hours, depending on your physical condition. Remember that you’ll be hiking at an altitude of around 3,900 m (12,800 ft) above sea level.

Head back to Quito in the afternoon or spend the night in the nearby town of Chugchilán.

Whitewater Rafting in the Amazon: A Bonus

Did you know you can experience whitewater rafting in Ecuador’s Amazon?

Just 4–5 hours from the capital city of Quito, you’ll find a few rivers known for their Class III+ rapids. Among these are the Río Jatunyacu (near Tena), the Anzu (between Tena and Puyo), and other tributaries of the upper Río Napo region.

Between rapids, expect to see astounding lush tropical vegetation and birdlife. While you’re in the region, set aside some time to visit an indigenous Kichwa community and gain insight into their culture and worldview.

Read More »
PrevPreviousHow to Get to Ecuador’s Amazon Jungle from Baños
NextEcotourism in Ecuador: Eco-friendly Travel Around the CountryNext